The Belle of Amherst

Namba presents The Belle of Amherst by William Luce.

“The Belle of Amherst” is a one-woman play starring Ojai actor and choreographer Anna Kotula under the direction of Steve Grumette, Artistic Director of the Ojai Film Festival.

William Luce’s The Belle of Amherst is based on Emily Dickinson’s life from 1830 to 1886. It is set in her family home and uses Dickinson’s diaries, letters and poems to recreate encounters with the few people to whom she was close — family, friends and acquaintances who were significant influences on her poetry.

The Belle of Amherst originally opened on Broadway in 1976 starring Julie Harris and was directed by Charles Nelson Reilly. The production ran for 116 performances, garnering a Tony Award for Harris and a Drama Desk for Unique Theatrical Experience. The production was later recorded (winning a Grammy Award), televised on PBS, and has been performed in multiple language on stages throughout the world. 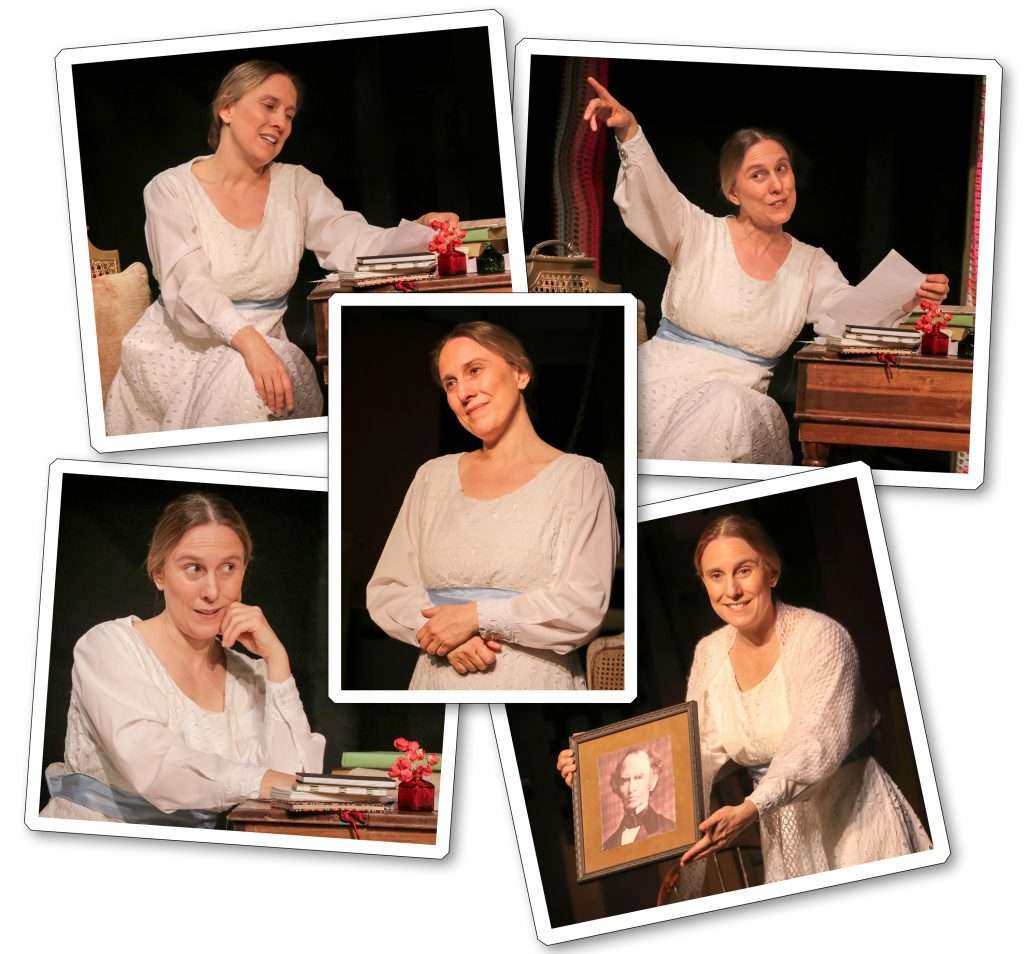 Emily Dickinson was born in 1830 in Amherst, Massachusetts and is a towering figure in 19th century literature. She was the middle child born to Emily and Edward Dickinson. Her grandfather, part of a prominent New England family, founded Amherst College and her father was a trustee of the college and a state legislator. Dickinson wrote nearly 1,800 poems and letters, but very few were published in her lifetime. It was not until after her death that she became one of the most influential writers of the nineteenth century.

Dickinson attended Amherst for seven years and Mount Holyoke for a year before returning home for reasons that have long been debated by critics and scholars. Some feel that she was fragile emotionally and suffered from agoraphobia and depression, while other biographers indicate she came home only to care for her ailing mother.

Regardless, Dickinson had few close friendships, seldom left her Amherst home, and wrote many of her poems and letters unbeknownst to her family.

After Emily’s death at the age of 55, her sister Lavinia found hundreds of poems that Emily had crafted over the years. The first volume of her works was published in 1890; however a full compilation, The Poems of Emily Dickinson, wasn’t published until 1955.