Banjo extraordinaire, Jonathan McEuen performs for the first time at Namba on October 26th!
This concert is a Fundraising Event to benefit the nonprofit Music And Art For Youth.
More info about this amazing organization at: http://musicandartforyouth.org 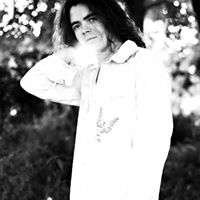 Good genes and a star-studded extended musical family definitely work to his advantage – Crowds respond enthusiastically to Jonathan’s extraordinary voice and guitar playing whenever he performs. Jonathan has always known life on the road – first by playing guitar and singing with his family, as well as singing background and playing guitar for other world class artists including Dwight Yoakam, Dave Mason, and Robben Ford, to name a few. Co-fronting his own band with cousin Jamie Hanna (son of Jeff Hanna from the Nitty Gritty Dirt Band), he was signed to the major record label MCA Nashville, (a division of Universal Music Group). That experience confirmed he was ready to move forward and create music outside the confines of his influences or a specific genre. Jonathan has performed on Jay Leno, at the Grand Ol’ Opry, and at Red Rocks in Colorado. Though Jonathan’s tremendous skill on guitar is clear, playing music without limitations is his commitment. He enjoys crossing genre lines and breaking molds by fusing musical traditions in his own, inspired way. Armed with a quick wit and personal charm, Jonathan moves fluidly in and out of folk, rock and bluegrass/country influences, making delightfully eclectic music for everyone along for the ride.