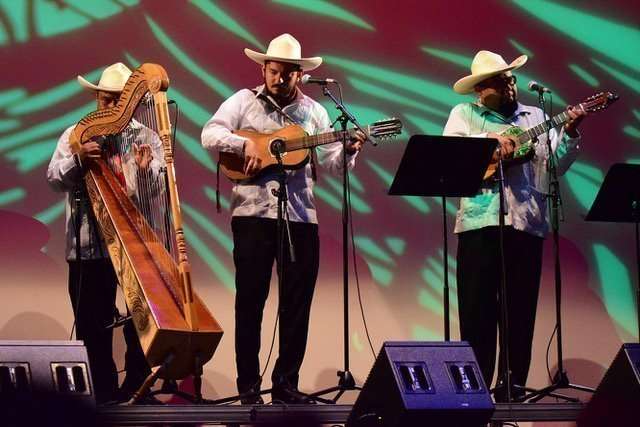 Start your Cinco de Mayo weekend early with brilliant Folk Music in the Son Jarocho tradition from Veracruz, Mexico played on handmade instruments. Hear the stories of the Son Jarocho that date to the 1500s, learn how the instruments are crafted and enjoy the unique sounds in the intimate setting that is Namba.

Since 1995 the San Fernando Valley-based CONJUNTO TENOCELOMEH has performed at various venues throughout the United States and Mexico. Its members have traveled abroad and studied with various masters in Mexican folk music and given various lectures at colleges and universities on the Son Jarocho.

One of only a handful of such groups found in Southern California, the members of CONJUNTO TENOCELOMEH are professional musicians and educators who have wholeheartedly decided to concentrate, preserve, and perform, the beautiful folk music and dance traditions of southern Veracruz known as the Son Jarocho.